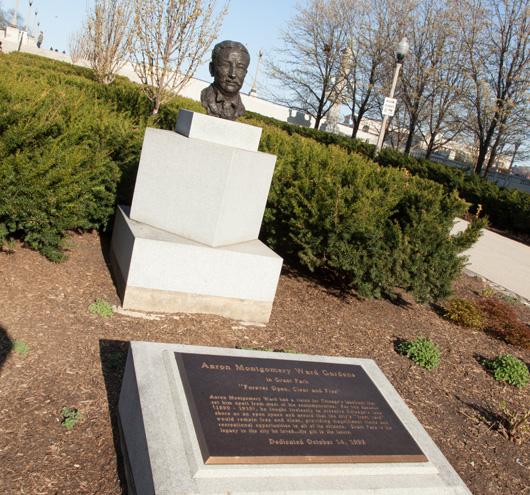 "Haven’t you always hoped a statue could actually talk to you? It’s amazing that now you can just dial up history and bring a statue to life!”

He was determined to protect Chicago’s lakefront property from development. He spent 20 years and thousands of dollars fighting in the courts to ensure that Grant Park would forever remain free, open and clear – despite public criticism of his efforts.

In 1910, the Supreme Court of Illinois ruled in Ward's favor, and today the Lakefront remains a public space for all. Despite this victory, however, Ward felt that the public never truly appreciated his efforts.

'Had I known in 1890 how long it would take me to preserve a park for the people against their will I doubt if I would have undertaken it.' – A. Montgomery Ward