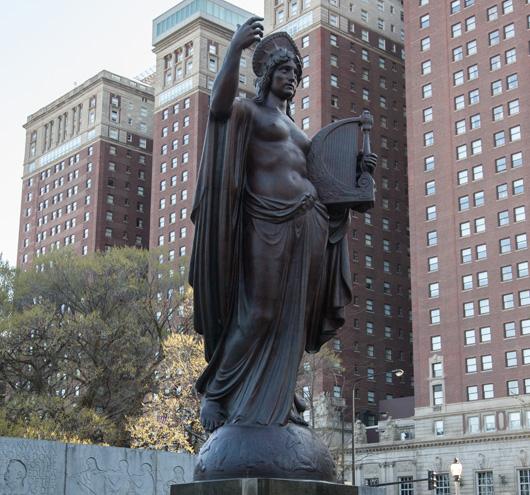 Under his directorship, Chicago gained its reputation for musical excellence. Thomas was determined to give the city a world-class orchestra. He introduced Chicago audiences to premiers by Strauss, Tchaikovsky and Elgar.

The monument was sculpted by Albin Polasek (1879 – 1965), a talented Czech artist who came to Chicago to head the sculpture department at the School of the Art Institute. Rather than creating a figurative sculpture of Thomas, Polasek created a tall bronze muse holding a lyre. The artist said that the face on the lyre was modeled on his own visage.

Today Chicago’s classical music scene has become one of the liveliest in America. The CSO is considered to be among America's finest and most important orchestras. Chicago’s reputation as a center of musical excellence was given further prominence with the formation of the renowned Lyric Opera.

For more about the Chicago Symphony Orchestra, click here.