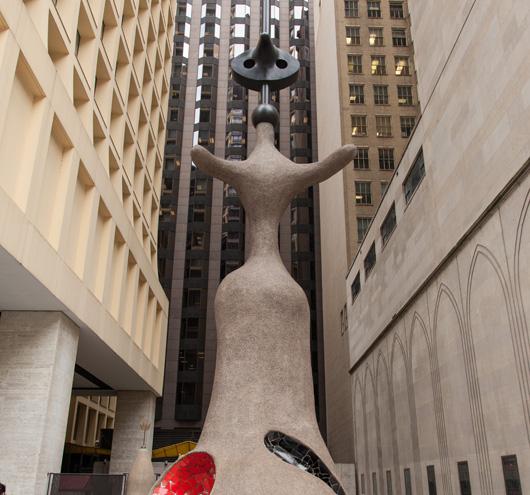 With a moon at her center and a star above her head, Miró’s female figure is celestially inspired. In response to her lengthy title (The Sun, The Moon, and One Star) and womanly shape, she has earned the affectionate nickname ‘Miss Chicago.’ Her base is bell-shaped, hinting at a closeness with the earth.

Miró liked his art raw and aimed to evoke an immediate physical response in viewers. But the initial public reaction wasn’t one he expected. Upon its installation, art critics called his statue ‘moribund,’ and a member of the public threw a can of bright red paint all over it. Today, Miss Chicago is seen as one of the city’s gems, attracting tourists and Chicagoans alike. This isn’t to say that some don’t still find her a little odd!