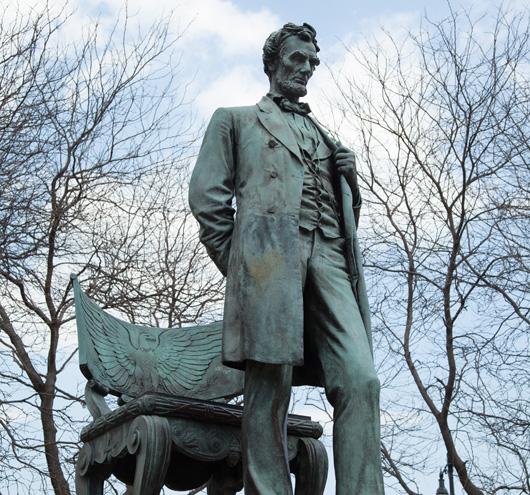 "As a native Chicagoan I was really honored to give voice to the statue of Lincoln, a statue I’ve spent many hours staring up at, imagining what he had to say”

There are over 200 Lincoln statues in America, with 6 outdoor statues in Chicago alone. This one, sculpted by Augustus Saint-Gaudens, is considered to be the finest.

The statue was created 19 years after Lincoln’s death. Saint-Gaudens used a 6’ 4” farmer as a model; however, the face and hands were taken from the president’s actual life casts.

It was fitting for Saint-Gaudens to be chosen to sculpt Lincoln. Creator of several other monuments depicting major political figures, the artist revered the president, and wanted to depict him as a great thinker and leader.

The statue’s naturalism inspired a generation of artists. The New York Evening Post called it ‘the most important achievement American sculpture has yet produced.’ There are replicas of this statue in London and Mexico.