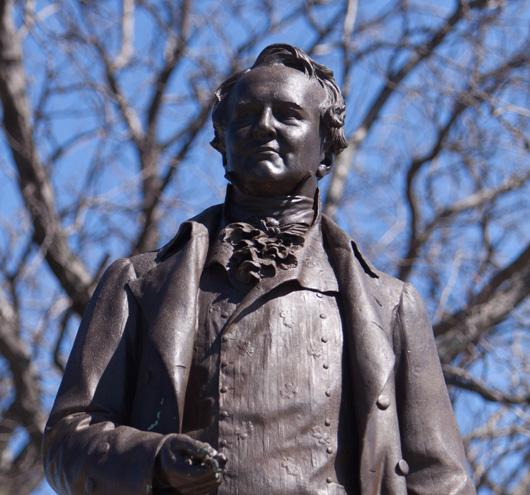 "Any project that illuminates Chicago's history is one in which I am thrilled to play a part. Humboldt Park is our family park, where we walk and picnic, and getting to voice Liz the Lizard adds to the meaning this beautiful park has for our family.”

Alexander von Humboldt (1769 – 1859) was a Prussian explorer who became famous for his scientific expeditions across the New World. His influence as an adventurer is undisputed and his most celebrated work, Cosmos, inspired many scientists including Charles Darwin. Throughout his life Humboldt contributed to scholarship in many fields, including zoology, geology, economics, geography, philosophy, botany, astronomy, and economics.

Today, Chicago boasts a park, a boulevard and even a statue in his name. Despite this, he never set foot in the place!

Humboldt’s book was set in bronze when sculptor Felix Gorling gave his statue a copy to hold. The artist also included a souvenir from Humboldt’s travels...a small lizard.