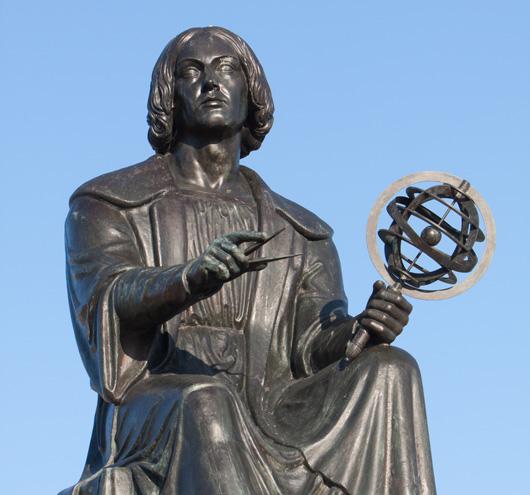 "Typically when one explains the Copernican revolution and describes how planets move, you can draw a picture. For this project, the challenge was explaining the key geometrical points with words.”

Since 1837, Chicago’s Polish community has made huge contributions to the city’s economic, social and cultural well-being. It was therefore fitting to erect a monument to Poland’s greatest astronomer, Nicolaus Copernicus (1473 – 1543).

Considered the father of modern astronomy, Copernicus challenged age-old beliefs. He pioneered the theory that the earth was not the center of the solar system and instead revolved around the sun. His theories changed science forever. This monument was erected to mark Copernicus’ 500th birthday.