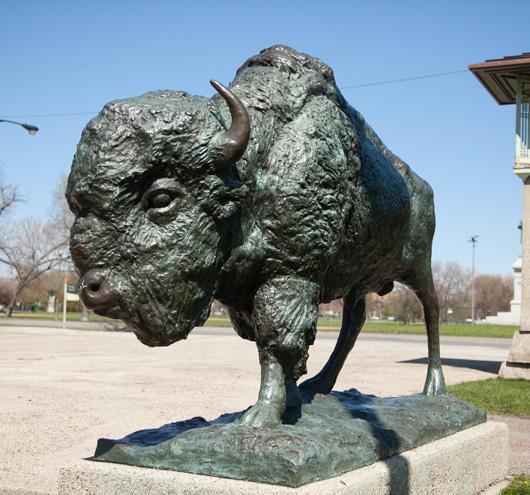 Produced with The Second City

"I’m from Chicago and I would see statues all over the place, so I’m glad I was asked to voice one. Anytime I can do something that involves Chicago is a privilege for me to be a part of.”

A formal garden is not the typical place to find a bison, but this one has been greeting visitors to Humboldt Park since before 1915. Nicknamed ‘Prairie King,’ he is one half of the bison pair at the garden entrance. Standing near is his mate, ‘Sounds of Whoop.’ This massive animal cannot operate a cell phone…yet. A larger plaster version of the bison was originally created for the 1893 Chicago World’s Columbian Exposition, and this pair have been a popular addition to the cityscape for over a century.

For more about The Second City here.